The federal government reports that over 50% of those who are incarcerated in the United States today live with a mental illness. Yet living with a mental illness makes you 12 times more likely to be the victim of a violent crime than the perpetrator. This is a significant discrepancy, and it deserves attention.

Most surveys that have been conducted show that those living with severe mental illness, such as schizophrenia and bipolar depression, generally come from environments where the social determinants of health affected both the likelihood of developing a mental illness and the likelihood of being incarcerated. These include lack of employment opportunity, education, poverty, family stability, and access to basic healthcare, among others. But there is another issue as well, and it involves the social response to mental illness, both in our neighborhoods and in the justice system. When you see a mental health crisis unfolding, most people either do nothing or call the police, even when the person during a crisis is not breaking the law. And once law enforcement is involved as a result of our actions, their access to mental health care is diminished while their ability to understand and conform to the norms of the corrections system is most strained. In even the most lenient penal systems, those with mental illness had sentences twice as long as the general population. In the worst cases, those sentences were nearly four times longer.

The mental health bell, which was forged in the years following World War II from the chains that once shackled people to the walls of asylums, stands today as the international symbol of mental health. Yet it seems as though the United States has simply traded our chains and shackles for locks and bars. 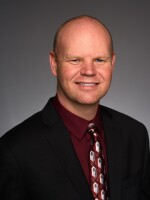