Early on a Thursday morning in June, nearly 400 people from around the country gathered at the Church of the Magdalen in far northeast Wichita.

It's the annual Father Kapaun Pilgrimage, a 60-mile trek over four days, from Wichita to Kapaun's hometown of Pilsen, a tiny community in Marion County.

"Today's our big day," JP Brunke, who organized this year's pilgrimage, told those gathered as they prepared to leave. "We're gonna walk the 22 and a half miles, so we need to get on the road as quickly as we can."

The walkers made last-minute checks for sunscreen and water bottles. They then got started.

"Pray for us." the crowd responded.

If you're Catholic, chances are you know the story of Father Emil Kapaun. But if not, the best place to hear it is the Father Kapaun Museum in Pilsen.

"The story of Father Kapaun is so beautiful," said Harriet Bina, one of the directors of the museum.

Any tour of the museum starts with that beautiful story: a priest who became an Army chaplain, went to war, earned the Medal of Honor and became a legend.

"He was here in Pilsen as the parish priest and felt the calling … because we had 40 young men from our parish serve in World War II," Bina said. "And they were writing letters back saying we don't have enough priests."

So Kapaun convinced his superiors to allow him to enlist. He served the final months of World War II in India and Burma.

He left the service after the war, but re-enlisted in 1948. When the Korean War began two years later, U.S. troops stationed in Japan were sent to Korea. Kapaun was among them.

Korean veterans say Kapaun was a steadying presence in battle, seemingly unafraid. He risked his life to save men caught in no-man's land.

Kapaun was awarded a Bronze Star for heroism in action a month after landing.

A few months later, with the war seemingly over, China sent in troops. Kapaun's unit was overrun and told to withdraw.

But Kapaun refused so he could tend to the wounded. He was among those captured.

"He was working with Dr. (Clarence) Anderson at the time," Bina said. "Both men were ordered to retreat and finally, the last time, Father Kapaun turned around and said 'I will not leave the wounded and the dying.'"

Prisoners who couldn't walk were executed. One of the wounded, Herb Miller, had a shattered ankle. A Chinese soldier ordered Miller to stand.

"So he stood up and when he put weight on his ankle, he fell," Bina said. "And he said that soldier stepped over at him, took the gun barrel and put it against his forehead."

Kapaun was lined up with the prisoners at the side of the road when he saw Miller about to be executed.

"And … suddenly he came charging across that road, pushed that Chinese soldier away and said, 'Here, let me help you,'" Bina said. "He reached down, and grabbed Herb, threw him over his shoulder and turned and started walking away."

It's probably the most famous part of the Kapaun story. He and others helped carry Miller and other wounded prisoners as they were marched to the POW camp – a distance of about 60 miles.

At the camp, Kapaun tended to the sick and dying, stole food to feed the prisoners, and at times gave up his own rations.

Eventually, his health declined. He died May 23, 1951, about 10 months after arriving in Korea.

The Father Kapaun Museum is tiny: the first floor of the rectory next to the large, beautiful St. John Nepomucene church, which can also be toured. The museum includes Kapaun's Medal of Honor, which was awarded to his family by President Barack Obama.

In front of the museum is a statue of Kapaun helping to carry a wounded soldier.

The number of visitors to the museum and Pilsen is expected to increase as momentum grows in Kapaun's cause for sainthood.

Kapaun's remains, which were identified earlier this year nearly 70 years after his death, will come to Pilsen this fall for a short period. His remains will be interred at the Cathedral of the Immaculate Conception in downtown Wichita.

The walkers who left Wichita on Thursday arrived in Pilsen on Sunday. They were considerably more tired than when they started but just as excited.

Bina said the story of Kapaun impacts people in different ways, including those who make the pilgrimage. For some, it's an act of devotion; for veterans, it's a story of courage. For others, it's self-exploration.

"It was long, it was hard physically," said Gerald Culens, who came from Chesapeake Maryland, to make the pilgrimage. "Spiritually rewarding, refreshing … so it was awesome."

The Father Kapaun Museum in Pilsen is open Tuesday through Friday from 1 to 4 p.m.

To schedule a visit, go to hfpmc.org/fr-kapaun/schedule-a-visit. 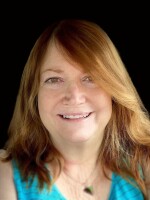