Voters in Goddard and Clearwater voted Tuesday on school bonds that would build storm shelters and improve security in district buildings.

The $52 million bond in Goddard passed with 69 percent of the vote. More than 2500 votes were cast.

That bond will pay for 90 projects throughout the district's 12 schools, nine of which would receive storm shelters. Heating and air conditioning units would be updated, and parking lots improved. Every classroom door in the district would receive intruder prevention locks.

In Clearwater, voters approved a $16 million bond with 52 percent of the vote. It passed by 41 votes with almost 900 ballots cast. That bond will add enhanced security entrances and storm shelters to the district's four schools.

To contact KMUW News or to send in a news tip, reach us at news@kmuw.org.

Deborah Shaar
Deborah joined the news team at KMUW in September 2014 as a news reporter. She spent more than a dozen years working in news at both public and commercial radio and television stations in Ohio, West Virginia and Detroit, Michigan. Before relocating to Wichita in 2013, Deborah taught news and broadcasting classes at Tarrant County College in the Dallas-Fort Worth, Texas area.
See stories by Deborah Shaar 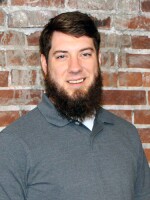 Jonathan Huber
Jonathan Huber grew up in South Hutchinson, Kansas. He majored in communication arts at Bethel College in North Newton and had a weekly radio show on 88.1 KBCU featuring music recorded in live settings. His true public radio calling came much earlier: He was placed behind a microphone during a pledge drive at Radio Kansas, where his father hosted Morning Edition for 30 years. “Nobody could make the phones ring like a four-year-old reciting the telephone number!” he says.
See stories by Jonathan Huber