Abortion rights forces won a huge victory in Kansas, but the fight in the state rages on

With the defeat of an amendment to strip abortion rights from the Kansas Constitution, abortion opponents fear laws restricting access could soon be struck down. But abortion activists say more needs to be done to expand access throughout the state.

The landmark defeat of an anti-abortion amendment to the Kansas Constitution drew international attention. It left abortion rights forces thrilled and their opponents in despair.

But it wasn’t the first Kansas fight over the polarizing social issue. It’s far from the last.

Activists on both sides of the conflict woke up Wednesday bracing for the next battle. And the next. At the ballot box and in the courts and the Legislature.

“I have no doubt that there will be additional bills put forward in the spring to limit access in other ways,” said Ashley All, a spokesperson for the Kansans for Constitutional Freedom group that led the charge against stripping abortion rights from the state constitution. “(Lawmakers) have not been deterred in the past, I don’t think that will change.”

Now that group is campaigning to keep the justices on the state’s high court who ruled in 2019 that the Kansas Constitution includes abortion rights. Six of the court’s seven justices will be up for retention in the November general election.

Abortion opponents could target three of those justices who served on the court at the time — Marla Luckert, Dan Biles and Eric Rosen. That’s what set off the amendment push that ultimately failed by a nearly 60-40 margin on Tuesday.

Justice Caleb Stegall, the only justice to dissent to the ruling in 2019, will also be on the ballot.

Meanwhile, abortion opponents characterized Tuesday’s defeat as a temporary setback in a state that remains home to some of the toughest abortion restrictions in the country. They talked of redoubling efforts to protect existing restrictions they fear could fall to coming court challenges.

Chuck Weber of the Kansas Catholic Conference, one of the organizations forming the Value Them Both coalition, said Wednesday that the group believes more challenges to state abortion restrictions are on the way.

“This is bad for Kansas and it’s bad for our future,” Weber said. “Very soon we are going to see some of these laws … are going to be ruled unconstitutional.”

While the vote was decisive against opening the door for new abortion restrictions, the procedure is still strictly regulated in Kansas. Those include:

One of those restrictions may already be in danger. In May, the Kansas Court of Appeals reversed a district court decision to uphold the state’s telemedicine law for abortion providers. The appeals court judges sent the case back to a lower court for another hearing.

Trust Women, which runs two of the four abortion clinics in Kansas, is suing to have the law thrown out because telemedicine is used in almost every other area of health care.

Zack Gingrich-Gaylord, a spokesperson for Trust Women, said telemedicine that allows for the prescription of abortion medications would greatly increase access in the state.

“It’s safer and makes it more accessible,” Gingrich-Gaylord said., “It helps people get that care they need earlier.”

While abortion remains a right in Kansas, access is currently limited. The only clinics that perform surgical abortions are in the Wichita and Kansas City areas.

That leaves many Kansans in the western part of the state hundred of miles away from abortion care. Many are closer to abortion providers in other states, like Colorado.

In response to the vote rejecting the amendment, Trust Women said it would work to expand access.

“Kansans do have an appetite for this conversation and they are invested in protecting abortion rights,” Gingrich-Gaylord said. “We are looking for ways to help people access that care in their own communities.”

Kansans For Constitutional Freedom also wants more local access to abortion care. All, the group’s spokesperson, said she hopes other states can learn from the campaign in Kansas to bring back abortion rights for their residents.

That, in turn, could help alleviate the number of out-of-state patients seeking abortion care in Kansas.

Significant bans installed in Oklahoma and Texas over the last year led to many women from those states seeking abortions in Kansas, turning the deeply red state into an unlikely refuge for abortions. Kansas was already an abortion destination for women in western Missouri.

“It is critical that people in their local communities are able to get access,” All said. “That is something the larger movement needs to focus on.”

But abortion will offer a key subtext when Kansans vote on whether to retain the Supreme Court justices.

All said some anti-abortion groups are already targeting some of the justices because the 2019 ruling. The vote on Tuesday increased the stakes.

If justices are voted out and Republican Derek Schmidt is elected governor, he could put justices on the court who oppose abortion rights.

Although Kansas uses a nominating process where candidates are nominated by a commission and then sent to the governor, rather than the governor hand-picking justices. Still, Schmidt would likely look to place more conservative justices on the court. That could then allow new restrictions to withstand legal challenges that the current court considers unconstitutional.

“They didn’t like the vote yesterday, so they will try to target other things and reverse it,” All said.

The Kansas Catholic Conference and others groups will likely lobby for state lawmakers to increase state funding for pregnancy resource centers to offer alternatives to abortion. Weber said the state should also consider making adoption easier and more affordable for Kansas families.

“We want to be ready to go with resources and alternatives,” Weber said. “Our focus has to be on the women and the children.” 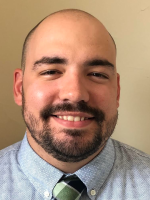