Wrapping up 2022 with some festive events

Looking for more ways to get into the Christmas spirit? Here's a look at a few upcoming events.

The Tallgrass Film Association has a few Christmas-themed secret double features this month. You won’t know what the movies are until you get there, but the theme for this Friday at 7 p.m. is Christmas Creeps, then it’s ‘80’s Action Stars on Friday, December 16. There are two very different directions you can take things on Saturday, December 17. First there’s Christmas Cheese at 1 p.m., which includes a game of holiday bingo. Then there’s Santa Slays, with two Christmas-time horror movies starting at 7 p.m. All the double features take place at the Tallgrass Film Center inside The Lux. Details can be found at tallgrassfilm.org.

On December 9, 10 and 11, Music Theatre Wichita presents an original Live Holiday Special at Century II Concert Hall. The hour and a half long performance features classic holiday song and dance by Broadway veterans, the MTWichita resident ensemble, and others. Tickets and details are at mtwichita.org.

Wichita Park and Recreation is bringing a Winter Wonderland to Naftzger Park on Saturday, December 10. From 5 to 7 p.m. there will be photos with Santa and Mrs. Clause, holiday music, and of course s’mores, candy canes and hot cocoa. Ah, and The Grinch will be there too. Details are at wichita.gov/parkandrec.

If you’ve yet to catch The Nutcracker this season, Ballet Wichita has three performances with a cast of more than 130 local dancers. It’s December 16-18 at Century II Concert Hall. Tickets are at balletwichita.com.

Tags
Next Up CommentaryNext Up 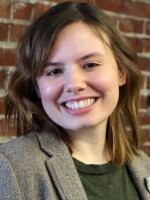