When Christopher Justice got a text message from a friend earlier this summer, he didn't know what it meant: "You're Twitter famous."

Justice had just graduated from Shawnee Mission East High School, and he was spending an uneventful few months working at a pizza place before heading off to college at Wichita State University. He didn't even have a Twitter account.

He created a Twitter profile and soon discovered what they were referring to.

A brief video clip of Justice talking about the Confederate flag had gone viral. It would eventually be retweeted more than 100,000 times, and the story would be picked up by Teen Vogue, Ebony, and The Washington Post.

Stranger still, the video was nearly three years old, filmed when Justice had been a sophomore at Shawnee Mission East. Shot by the student newspaper The Harbinger in October 2015, the video shows a snippet of a classroom debate about the Confederate flag. In it, Justice makes his case for why it should be considered a symbol of racism.

He quotes the Confederate constitution, reading fom a laptop:

"Other than this one bit, it is exactly the same as that of the United States.' 'No bill or attainder, ex-post facto law, or law denying or impairing the right of property in negro slaves shall be passed.' So, it says: no matter what, we will keep our slaves."

He looks up at the room full of dozens of other students, their eyes turned to him. He goes on: "If the Confederates really were fighting for states' rights and were trying to preserve the United States, why is this the one thing they changed?"

KCUR recently talked with Justice and David Muhammad, the teacher who moderated that classroom debate, about why what Justice said nearly three years ago still seems to be hitting a chord.

The conversation has been edited for length.

What do you think of the argument you were making three years ago?

David Muhammad, you set up this conversation. What was your goal that day as a teacher?

David: "My main goal was to keep things civil and at the same time to facilitate an academic discussion that had no boundaries or structure. It was really organic. But it was pretty much two sides. One side felt the flag represents patriotism and freedom of speech. And the other side said it represented racism and ties to slavery. And we knew that going in, that we had those two sides. And I just wanted to give both sides to speak their peace."

This came just a few months after the shooting at the historic black church in Charleston, South Carolina, so that may have been on your minds. But it was well before Charlottesville and our ongoing debate over Confederate monuments. Why do you think this video went viral now?

Chris: "I feel like the debate is still going on. It was like an explosive that didn't go off at the proper time and then you wait for a while and think it's not going to go off or it's a dud and then it goes off and you're like, 'Oh my God, why did this happen now?' I can't really tell you, but the main point is: We really haven't got that far in the argument."

David: "And you can't look away from the current political climate right now, in which people are going to extremes on both ends of all arguments. There's no necessary reason why it popped up now, but I do understood once it did, why it caught on quickly. People are at a point where they're trying to decide what side of history they're going to be on. This, I think, triggered a lot of the same feelings and anger that people have been holding in for a while. Seeing kids speak about it may have poked at people." 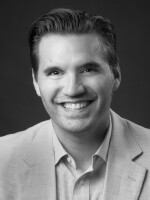 Kyle Palmer
Kyle Palmer is KCUR’s morning newscaster. He’s a former teacher, so getting up early is nothing for him. Before moving to the classroom, Kyle earned a Journalism degree from Mizzou and worked as a reporter for Columbia’s NPR affiliate KBIA. He also did play-by-play for the Jefferson City High School football and basketball teams. He earned a national Edward R. Murrow Award for a radio documentary about Missouri’s New Madrid fault (it’s still there, people, and ready to blow!).
See stories by Kyle Palmer