Aligning What Kansas Candidates For Governor Say With The Facts

Truth, it’s said, is the first casualty of war. That helps explain why combat metaphors so often get applied to political campaigns.

The battlefield of the Kansas governor’s race bears out the maxim. Even when candidates get their facts right — a surprisingly difficult task for the field — their words tend to twist a broader truth.

So we’ve run through some of the lines the governor hopefuls commonly trot out and tested where they get it right, and how they often tell voters something that just isn’t so.

What would be the impact of charging out-of-state tuition to immigrants who are in the country illegally but grew up in Kansas?

Only 670 students who are in the country illegally pay in-state tuition in Kansas. Hiking their rates — doubling or tripling their tuition — might improve the finances of state colleges and universities by a marginal amount.

But that price increase could have the unintended effect of driving many of those students out of school. After all, the out-of-state rate is sometimes double or triple the cost and those students are ineligible for federal student aid.

So if they left, that could drive up tuition for the people left behind.

If the vast majority of those immigrant students found a way to pay for far steeper tuition — a scenario implied with some campaign talk — it might lower the tuition for others.

But Kansas universities are eager to keep all the students they can. Even students attending public colleges and universities at discounted in-state rates generate badly needed tuition. Almost any drop in enrollment spreads campus costs among a smaller student body.

Gov. Jeff Colyer and Secretary of State Kris Kobach, the leading candidates in the Republican primary, want to end in-state tuition for immigrant students in the country illegally. 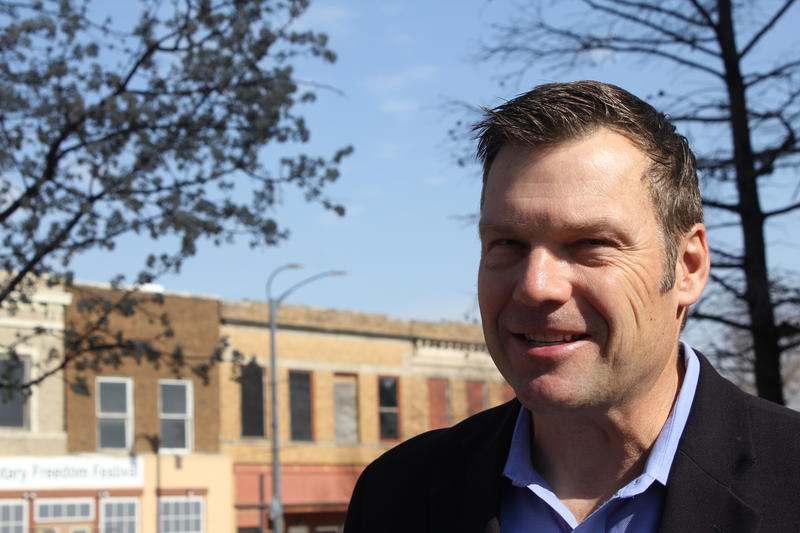 A fiscal note signed by Colyer’s chief budget officer, Larry Campbell, says that charging those students the out-of-state rate would raise about $2.3 million in tuition. (In a television ad, Kobach inflates that figure to $4 million.)

That $2.3 million assumes all those students would stay enrolled.

“Some would say, well, they just won't go, as opposed to paying the higher rate,” said Blake Flanders, president of the Kansas Board of Regents.

How pro-gun or anti-gun are the leading Democratic candidates for governor?

Former state agriculture secretary and state lawmaker Josh Svaty and state Sen. Laura Kelly both have a long history of voting for stronger gun rights in the Kansas Legislature. Their records, and campaign positions, have been more mixed recently. 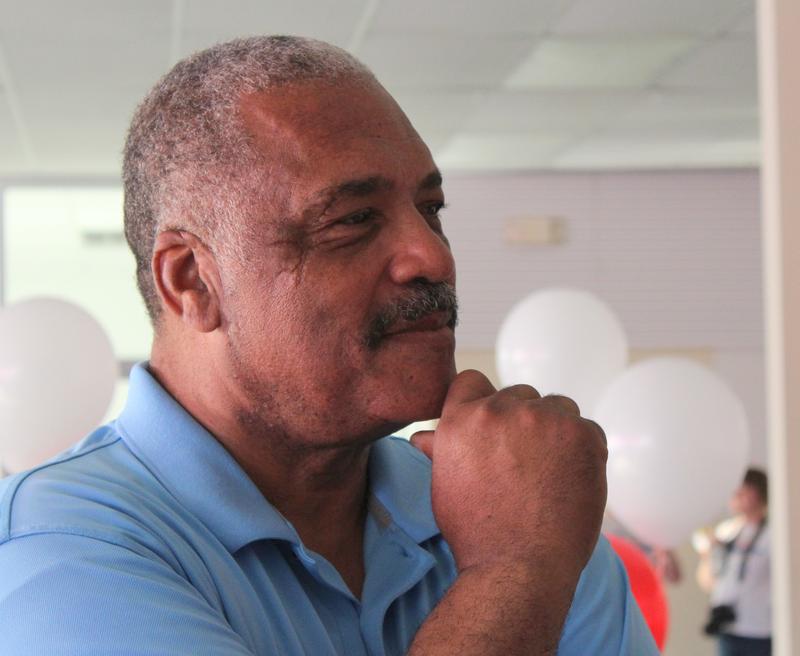 But a statement about Svaty and Kelly by Carl Brewer, another Democrat in the race, is, at best, dated.

A Brewer a campaign ad says both have “A” ratings from the National Rifle Association. That was true once, but not now. Today, they each have an “F.” The NRA itself doesn’t consider those past ratings relevant, but they remain visible on Vote Smart, a non-partisan organization that tracks votes and endorsements. 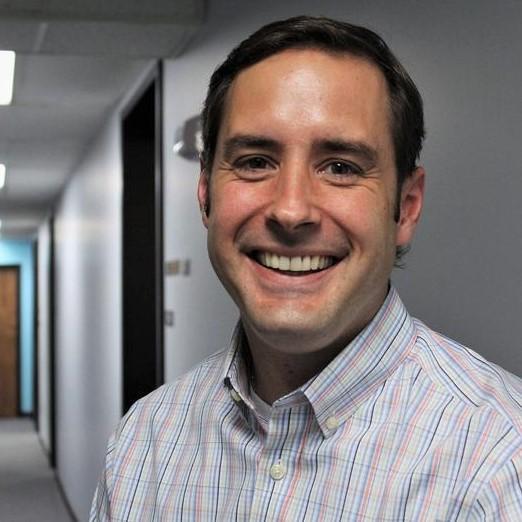 Svaty has attacked Kelly’s sponsorship of the 2015 constitutional carry law, under which Kansans who want to pack a hidden weapon no longer need a concealed carry permit.

“We should have stopped this when we had the chance (in) 2015,” Svaty said, “and we needed Democrats that knew that then and knew enough to stand up say no.”

Svaty was not in the Legislature in 2015.

Kelly has expressed regret over the law. “It became very clear that we went too far,” she said at a debate in Wichita.

She has more recently voted to curtail gun rights, including a vote this year against a bill that would have allowed 18-to-20-year-olds to conceal and carry a weapon without a permit. 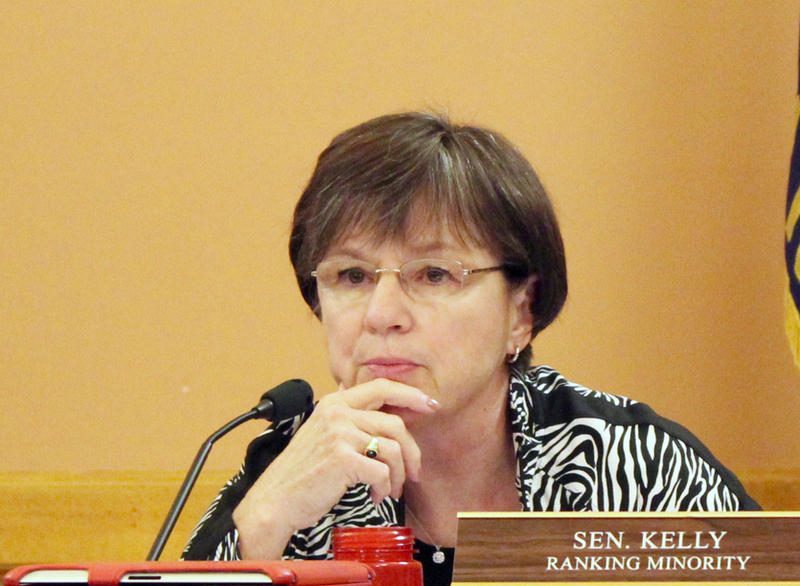 When Svaty was in the Legislature, he cast the same votes as Kelly to expand gun rights, including one law that restricted how much local governments could regulate firearms.

Kobach recently described some administrative buildings as “Taj Mahals.” He called out Shawnee Mission in particular:

“There's one in Shawnee Mission, people call it the ‘Crystal Palace.’ I think it was $24 million. It looks like a corporate headquarters. I have no idea what those people are doing in there. They're probably on their phones playing games.”

It turns out Kobach low-balled the expense — that building actually cost $32.5 million — even as he mischaracterized what’s happening inside. It holds more than administrators. About half of it is used for career programs such as bio-technology and engineering.

But his statement also seems to imply that state money was used to build it — taxes collected in Emporia or Dodge City or Salina. The dollars all came from local property taxes, because Shawnee Mission is wealthy enough that it doesn’t qualify for matching state aid for its construction. But less wealthy districts do, and the state is spending more on that year by year.

Administrative and teaching jobs have both climbed in recent years, but just how much depends on how you count.

Kobach describes a trend that doesn’t appear to match with any accounting we could find.

“Over the past 20 years, I'll try to remember the numbers exactly. I think the number of teachers in the state has increased 16 percent. The number of administrators, 38 percent.”

We don’t know how Kobach is defining “teachers” and “administrators.” His campaign hasn’t answered repeated requests about the claim and about his source on these figures.

The number of teachers is up 11 percent (we excluded librarians, counselors, teachers aides and others who work with children in schools) over the last two decades.

The number of administrators jumped 25 percent — if we count district and school building leaders and all district “manager” or “director” positions. There are fewer superintendents and principals today because schools and districts keep closing and consolidating. But the number of directors, coordinators and supervisors for things such as food service, maintenance and instruction has mushroomed. Twenty years ago “technology director” wasn’t even listed in schools data, for obvious reasons. Today there are 250.

Over the past 20 years, student enrollment rose 4 percent.

At best, we’ve got more opinion on the matter than hard data.

As lieutenant governor to Brownback, Colyer spearheaded the administration’s controversial 2013 overhaul of Medicaid.

Not surprisingly, then, the Johnson County plastic surgeon touts the program as something that cut costs and improved the quality of care.

At a June candidate forum in Parsons, Colyer said privatization had saved $2 billion over five years. 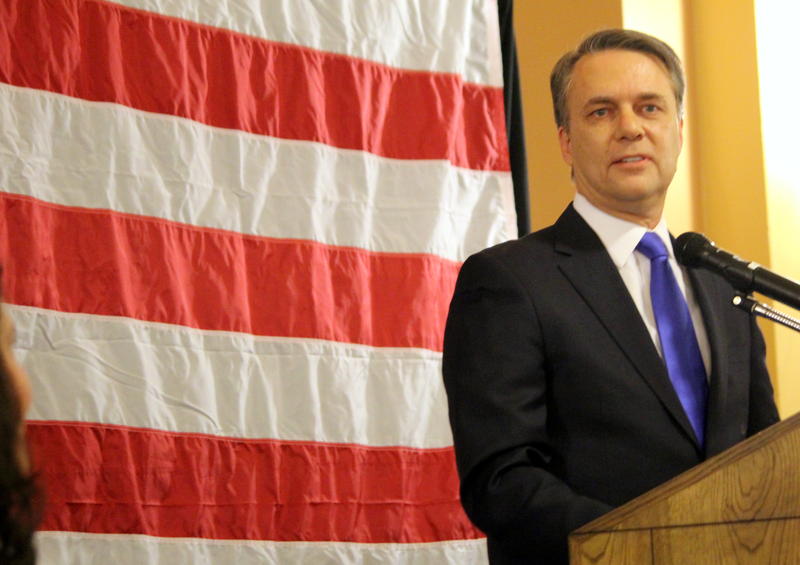 “That’s what we saved Kansas taxpayers by reforming Medicaid, according to an independent study,” he said.

The 2017 study, paid for by the companies that manage KanCare, said privatization had reduced the projected growth of Medicaid costs by $1.7 billion. So, the governor rounded up $300 million.

But a report released several months later by state auditors called that and other claims into question. It said that incomplete data obscured the extent to which KanCare had lowered costs and improved the quality of care provided to the more than 400,000 Kansans covered by the program.

State officials charged with overseeing KanCare disputed some of the auditors’ conclusions but acknowledged the need to improve the data on costs and patient outcomes.

Celia Llopis-Jepsen is a reporter for the Kansas News Service. You can reach her on Twitter @Celia_LJ.

Jim McLean is managing director of the Kansas News Service. You can reach him on Twitter @jmcleanks.

Stephan Bisaha reports on education for KMUW in Wichita and the Kansas News Service. Follow him on @SteveBisaha.

The American Civil Liberties Union of Kansas is launching a voter hotline to guard against voting problems.

The Election Protection hotline will allow voters to call with questions or any issues they encounter at the polls this election season.