A Wichita Planned Parenthood began connecting abortion patients with out-of-state doctors in a bid to increase appointment availability. It comes after a judge struck down a state law banning telemedicine abortions.

Those new telehealth abortion services started Monday and come less than a month after a pivotal court ruling that blocked a state law banning doctors from prescribing abortion-inducing medication remotely. It marks the first time the service has been available in Kansas in several years.

The move is expected to expand abortion access in Kansas, which emerged as an unlikely abortion refuge after the U.S. Supreme Court overturned Roe v. Wade and many nearby states banned the procedure. In August, Kansans voted to preserve abortion rights in the state, but clinics have said they don’t have nearly enough capacity to see a growing influx of out-of-state patients.

Planned Parenthood Great Plains, which operates three Kansas clinics, said telehealth appointments with out-of-state doctors will enable them to see more patients. Previously, the Wichita clinic only offered abortion appointments up to a few days per week and primarily relied on flying in doctors from out of town because of a shortage of local physicians willing to handle abortion cases.

Planned Parenthood Great Plains President and CEO Emily Wales said she hopes that turns into five days per week with the telehealth appointments.

“It certainly increases availability when the physician doesn’t have to be sitting in the room doing, functionally, the same thing they would be doing if they weren’t there,” she said.

The group’s chief medical officer, Iman Alsaden, said in a news release that the move will help overcome the lack of local providers.

“We can now see patients we might not otherwise have been able to treat,” she said. “It’s an important step in expanding access in a state like Kansas that has proven it values every person’s ability to make their own health care decisions.”

Patients still must visit the Wichita clinic in-person, where they’ll receive an evaluation, education and state-mandated counseling from local clinicians before meeting with an offsite doctor. The service is available to Kansans and out-of-state patients who travel to the clinic.

Wales said the group is working to expand the service to its two other Kansas locations in Overland Park and Kansas City, Kansas, soon.

“Once we get through the scheduling logistics of how to do that,” she said, “we’re hopeful we’ll be able to.”

But Wales said the organization is not currently considering offering telemedicine abortion appointments in the traditional sense, where a patient can connect remotely to a provider from home.

“We’re not looking to do that right now,” she said. “This feels like an interesting hybrid — the patient does come in, they have the opportunity to get an ultrasound, talk to someone on-site about questions.”

The state’s two other clinics are currently not offering telehealth abortion services.

A spokesperson for Trust Women, which operates a Wichita clinic that offered a similar telehealth service in 2018, said the organization was supportive of Planned Parenthood’s move but declined to say when it might follow suit. Trust Women was a plaintiff in the lawsuit that challenged the telemedicine abortion ban.

The Center for Women’s Health, an Overland Park clinic, could not immediately be reached for comment.

Anti-abortion advocates have argued that telemedicine abortions should be illegal because of the potential for medication abortion complications that would require a doctor to be present to treat — a claim that is largely unsupported by evidence.

After the court ruling last month blocking the state’s telemedicine abortion ban, Kansans for Life said it expects more decisions rolling back abortion restrictions following the August vote rejecting an amendment that would have stripped abortion rights from the state constitution.

While last month’s ruling by a Shawnee County District Court judge could be appealed, legal experts say the fate of the right to telemedicine abortion care in Kansas is more favorable now than before the August vote.

“If the amendment had passed, then the ban on telehealth abortions would be valid,” said Richard Levy, a constitutional law professor at the University of Kansas. “But since the amendment did not pass, the decision by the district court is maybe not unassailable, but highly unlikely to be reversed.” 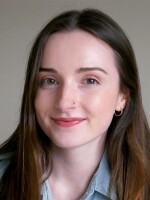