Your Shortcut To Sorting Out The Tuesday Primary In Kansas

Now it starts to get real. Tuesday’s primary, and the early voting that wraps up at noon on Monday, could begin to clarify what direction Kansas politics will head after the Sam Brownback era. To the right, to the left or anchored in the middle.

Party voters will choose who best represents them in the race for governor and other statewide offices, and sort out crowded fields for Congress in a few seats that, at least potentially, might swing red seats to blue in the first mid-term election with President Donald Trump in office. The general election will decide things for sure in November, but the primary sets the stage of possibilities.

Below you’ll find a quick skim of what the primary voting will decide on the Kansas side of the metro area.

Brownback won the office twice after winning earlier statewide elections to the U.S. Senate — and still managed to leave for a Trump ambassadorship as one of the least popular governors in the country. Now Gov. Jeff Colyer, who served as Brownback’s lieutenant governor and helped bankroll those campaigns, is running to stay in office.

Colyer’s political style is less bold than the man he succeeded, but his policies toe a similar conservative line. Polls suggest he could be trailing equally conservative Kansas Secretary of State Kris Kobach, who draws strong supporters and detractors for his crusade against illegal immigration and his court-rejected claims of widespread voter fraud. 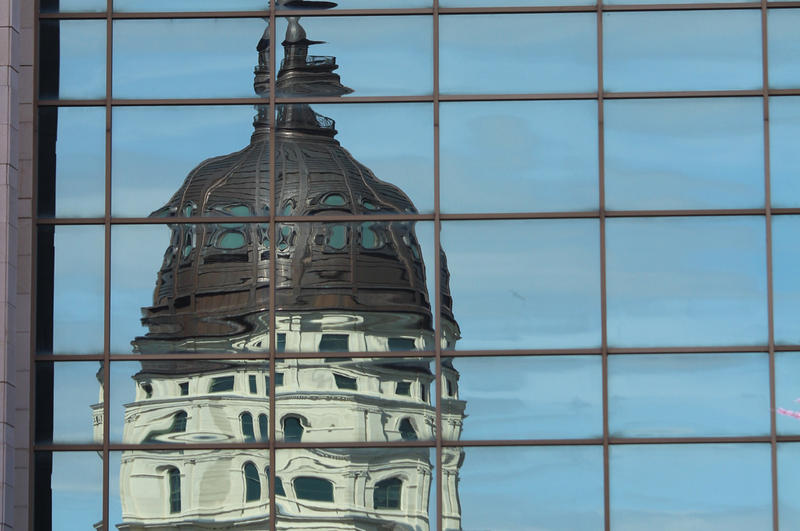 The Kansas governor’s office is one of a few statewide posts Democrats have been able to snag in the 21st century. They’re hoping an anti-Brownback or anti-Trump wave might put it in reach again this year.

Laura Kelly, a leader in the Kansas Senate, drew enthusiasm from some party regulars when she got in the race. Josh Svaty, a former state lawmaker and agriculture secretary, has billed himself as the candidate who can appeal in rural areas. Carl Brewer is the former mayor of Wichita, and figures to have some base of support in the state’s largest city.

For ten years, Democrat Dennis Moore held Kansas’ 3rd Congressional District seat by telling voters he was a moderate — even as Republicans complained he was liberal. Republican Kevin Yoder succeeded him and has also often campaigned as a moderate — to howls from Democrats that he’s too conservative for the district that covers Johnson and Wyandotte counties.

Now national Democrats see a chance to win back the seat — even after redistricting, the district is not cinch for Republicans — and candidates have lined up to take him on. 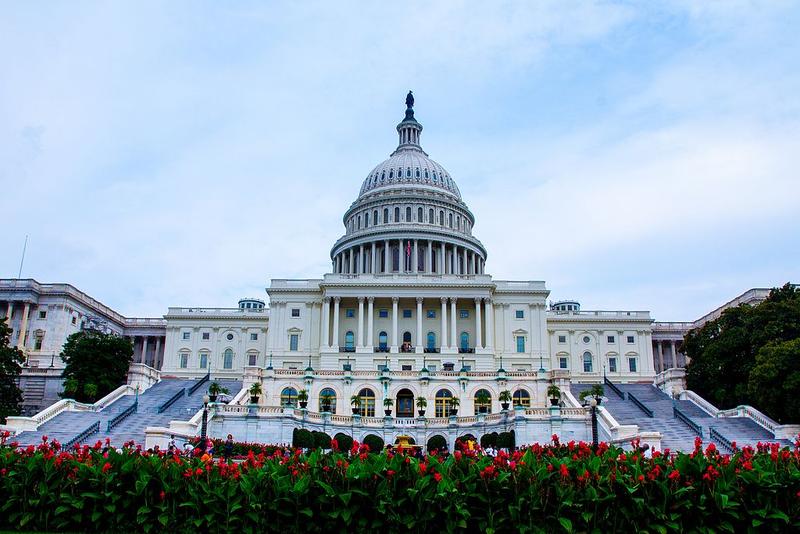 He faces token opposition in his primary, but the Democratic field is crowded: Sharice Davids, a lawyer who would be the first openly LGBT person to represent Kansas and the first Native American woman in Congress; Tom Niermann, a high school history teacher; Jay Sidie, a market analyst who ran a lackluster campaign as his party’s nominee against Yoder in 2016; Brent Welder, a lawyer and self-described Democratic socialist who drew U.S. Sen. Bernie Sanders to campaign for him; Sylvia Williams, a bank managing director; and Mike McCamon, a former tech executive.

In 2016, conservatives lost roughly a third of their seats in the Kansas Legislature. They're trying to reverse that trend in 2018, targeting a number of Johnson County seats now held by more moderate Republicans.

Those moderates, most with the support of the state’s largest teachers union and and the Kansas Contractors Association, campaigned two years ago on getting the state on more stable financial footing for schools and highway spending. Their election helped swing the balance in the House that made way for the reversal of Brownback's signature income tax cuts.

There are a number of moderate-conservative match-ups for Republican-held legislative seats in Johnson County again on Tuesday:

Primaries for Democrat-held seats are a rarer thing. With an all-blue legislative delegation, there are no primary contests in Wyandotte County. In Johnson County, there are primaries in only three districts where the incumbent is a Democrat:

The Kansas Senate is not up for election this year. 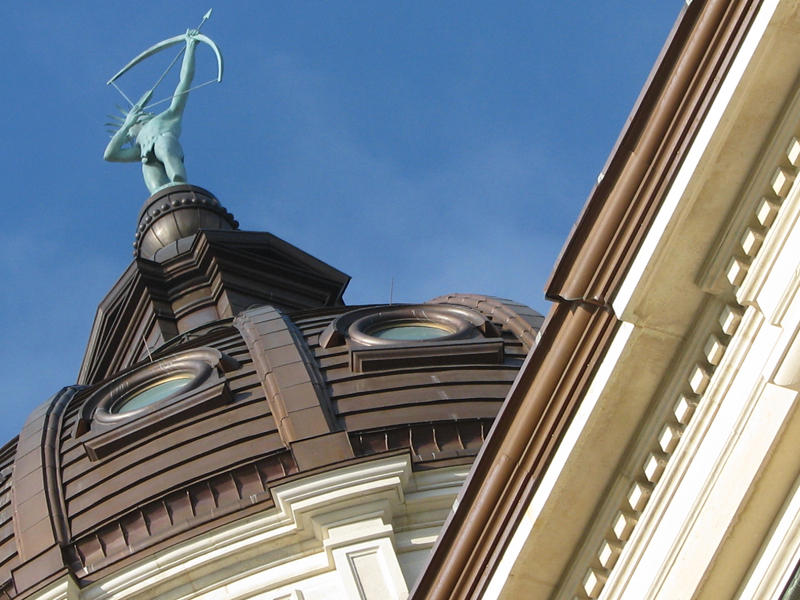 Before Kobach came along, the office was mostly that of record-keeper, a ho-hum job in a flyover state. But Kobach’s efforts to purge the voting rolls elevated his profile nationally. Now the question is whether his successor will follow that lead.

Current assistant insurance commissioner Clark Shultz is running against Vicki Schmidt. He’s seen as a conservative, she as a moderate, and their stances on abortion have drawn some attention to the race.

Incumbent Derek Schmidt is unopposed in the Republican primary. He was first elected to the post in 2010 and spent much of his time in office dealing with lawsuits challenging the level of state spending on schools. 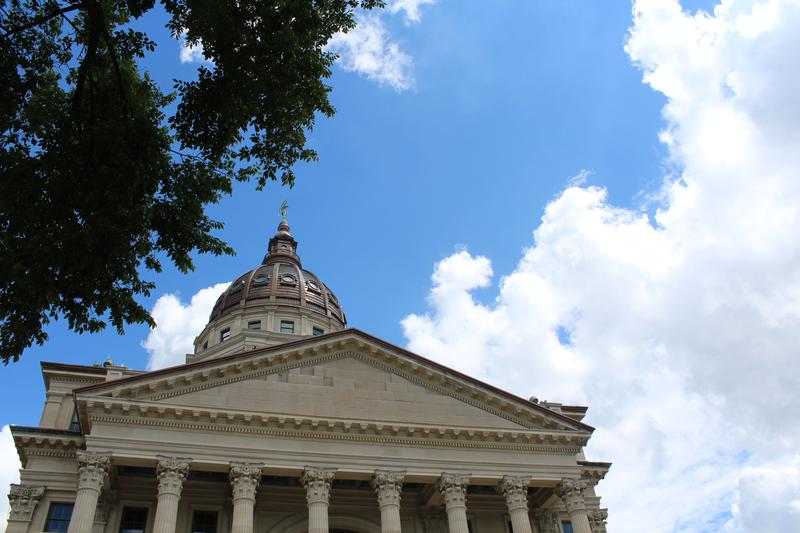 He’ll face Democratic attorney from Lawrence Sarah Swain, who’s been the target of criticism over a poster in her law office that some said hinted at violence against police. She said its message is an insistence on truth from law enforcement.

Republican Jake LaTurner took over as treasurer last year after Ron Estes was elected to Congress. Both he and the Democrat, Marci Francisco, are unopposed in their respective primaries.

Scott Canon is digital editor of the Kansas News Service. You can reach him on Twitter @ScottCanon.

Amy Jeffries is the editor of the Kansas News Service. You can reach her on Twitter @amyoverhere.

The American Civil Liberties Union of Kansas is launching a voter hotline to guard against voting problems.

The Election Protection hotline will allow voters to call with questions or any issues they encounter at the polls this election season.

The Sedgwick County election office was finalizing details ahead of the primary on Friday, holding a public demonstration of voting equipment to show that each of the more than 600 different variations of ballots will be tallied correctly on Tuesday.

The Overlooked Power Spots On The Ballot In Kansas On Tuesday

The fact that seemingly everyone and his wife are gunning for the Kansas political major league, the governor’s office, has opened up all four spots in state’s lesser statewide offices.

The other four statewide elected offices in Kansas — attorney general, insurance commissioner, treasurer and secretary of state — are up for grabs. Only one incumbent who’s previously been elected to his current office is running this time around.