In 2015, a woman donned a clown mask and slipped into a Dollar General Store in Wichita just before closing time.

In the final moments of the robbery that eventually got her three years in prison, she did something that could complicate her life for many more years to come.

She flashed a stun gun, stuffed the $3,400 in her coveralls and fled.

Now the state is fighting to list Tabitha Carter online as a violent offender. That case hangs on her use of a “deadly weapon” — the Taser that her lawyer argues doesn’t fit the bill.

Because of that stun gun, the state says she must check in with her local sheriff’s office at least four times a year for another 15 years.

That court battle is just one in a barrage of legal challenges aimed in recent years at the Kansas public offender registry, an expansive system that publicly tracks convicted criminals long after they’ve served their time.

Do you have a personal story to share about the Kansas public offender registry? Email the reporter.

A Kansas News Service analysis found no other state imposes such demanding rules on such a wide range of people.

Critics say the Kansas system ballooned over decades without justification. They say it piled expenses on taxpayers and worsened prison crowding — all without evidence it improved public safety.

“If there was data that showed this was actually cutting down on new crime, that would be something else,” said Scott Schultz, executive director of a state agency that wants Kansas to pare the registry back — the Kansas Sentencing Commission. “But we don’t have any of that.”

The sentencing commission wants Kansas to delete nearly a quarter of its registry and save an estimated $1 million a year.

The Kansas criminal registry has withstood a slew of legal challenges over the years. The Kansas News Service found at least 17 that made their way to the Kansas Supreme Court in the past five years alone, many unsuccessful.

Some registrants claim that it’s unconstitutional. That it violates the right to a jury. That the state shouldn’t make changes to the registry rules and apply them to people convicted years earlier.

This is the Kansas News Service’s second in-depth look at the state’s criminal registry. Missed the first? You’ll find it here.

The registry once looked vulnerable to such arguments.

But in a bizarre twist, the court overruled that position in a fifth decision issued on the same day.

Its new stance? That the registry system isn’t subject to the same constitutional limits as, say, a prison sentence, because it’s not punishment. It aims to boost public safety.

The jaw-dropping timing came because the justices took up the fifth case later than the others — after Caleb Stegall joined the bench and tipped its narrow split. 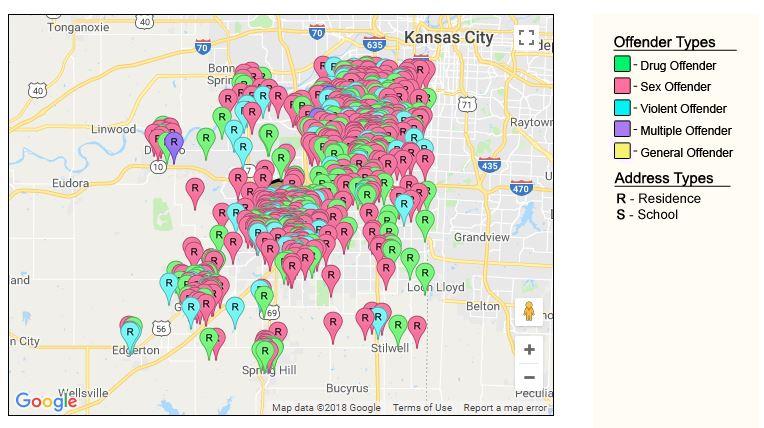 One justice said the new majority held back the initial rulings for nine months until the reversal was ready to go.

Justice Lee Johnson called that “a denial of justice.” Not because the registrants ultimately lost their cases — they won. But because they had to wait so long, Johnson contended that delay aimed to prevent their victories from benefiting any more registrants who hadn’t yet brought suit.

“They had to wait for many months,” he wrote in a passionate opinion, “to reap the benefits of their respective wins.”

Carter’s challenge to the registry is different than past ones that failed. So far, she’s winning.

At its heart is a legal question about whether Kansas is bending state law to pull more people into its registry.

Using a weapon to commit certain felonies is a registerable offense — but only if the weapon is “deadly.”

A fight over money at a club near Wichita ended with a stripper who goes by “Sugar” giving her coworker “Gypsy” a head wound and concussion with a high heel.

In another example, a shoplifter fleeing a security guard in Topeka pointed — but didn’t spray — a can of mace.

“Some things are dangerous and some things are deadly,” said Jennifer Roth, a public defender handling Carter’s appeal. “There is a distinction there, and I like to think that people would recognize that."

The Kansas Court of Appeals agreed. In April, it struck down the state’s plan to force Carter onto the registry.

“Deadly,” the panel of judges argued, means “likely to cause death.” Tasers are literally designed to avoid that.

Their decision could have wider implications, but the attorney general’s office is appealing to the Kansas Supreme Court — citing conflicting rulings on what’s worth putting someone on the registry.

Read the state's argument to the Kansas Supreme Court

Kansas’ criminal registry began the same way it did in so many other states — as a list of sex offenders that the government wants to keep tabs on.

Over the past quarter-century, Kansas lawmakers expanded it time and again.

Today, Kansas adds more than 1,000 names a year. Less than a third are sex offenders. The rest? People convicted of drug or violent crimes. 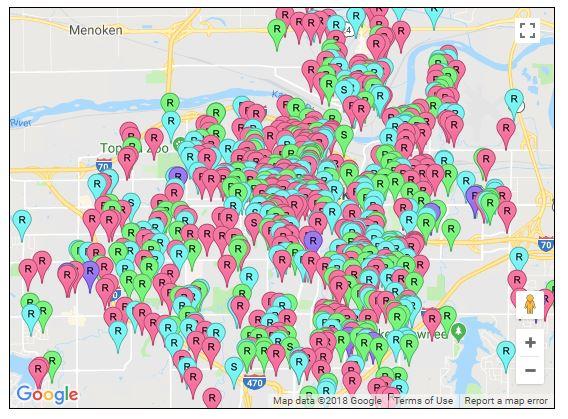 The Kansas News Service reviewed statutes from the 19 states that, according to the National Conference of State Legislatures, have expanded beyond the traditional role of offender registries.

Their registries are often narrower. Kansas logs people for a wider array of violent crimes than Illinois, for example, which only includes first-degree murder and violence against youth. Louisiana focuses on violence against law enforcement.

Other states often reveal less information publicly. Minnesota doesn’t post the names of many registrants online — as long as they follow a regimen of check-ins at a sheriff’s office. Alabama’s list of drug offenders isn’t online at all — the state uses it to block those people from buying meth ingredients.

Other states often let people with less serious crimes off the registry sooner than Kansas’ 15-year minimum. They often tier their monitoring, too, so that only sex offenses or other crimes seen as particularly serious demand frequent check-ins with law enforcement.

In Kansas, a registrant checks in with law enforcement at least four times a year, regardless of the severity of the crime.

It can easily be more visits than that. Dye your hair, try online dating, leave town for a week, get a Facebook account — each requires checking in another time.

Read more about rules that Kansas registrants have to follow

The Carter case and others highlight debates about whether it’s fair to encroach on the lives of convicted criminals beyond prison, parole and probation.

“When a person is being reintegrated into communities,” says Ed Klumpp, a retired Topeka chief of police who lobbies the Kansas Legislature on behalf of law enforcement agencies, “it’s very important that that person feels that they are being monitored to be in compliance with the law.”

Klumpp and Roth, the public defender, spar over the issue when lobbying lawmakers.

J.J. Prescott, a law professor at the University of Michigan, suggests settling the matter with data analysis.

“At first blush, it seems obviously likely to do at least something,” Prescott said. “Worst case scenario — it just does nothing.”

Yet, he says, the numbers suggest something else. The registries may even be backfiring — at least based on studies that focus on sex offenders. 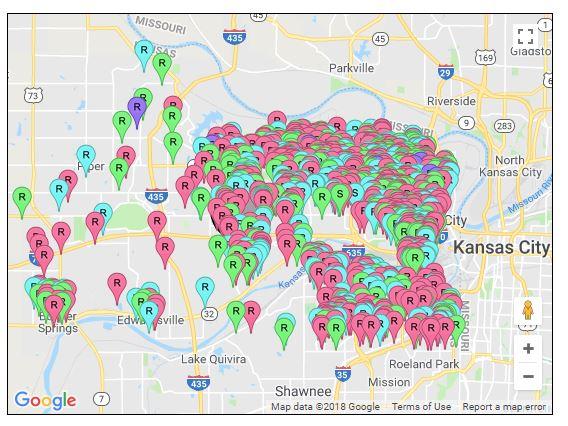 Listing sex offenders on a public registry can make it hard for them to find jobs, homes and other basic opportunities. The more miserable people are, experts say, the less they fear doing something that would toss them into prison.

“There's lots of psychological reasons why we want to know,” Prescott says. "It can't hurt me to know, can it? And that's actually where people make a mistake.”

Celia Llopis-Jepsen is a reporter for the Kansas News Service, a collaboration of KCUR, Kansas Public Radio, KMUW and High Plains Public Radio covering health, education and politics. You can reach her on Twitter @Celia_LJ.