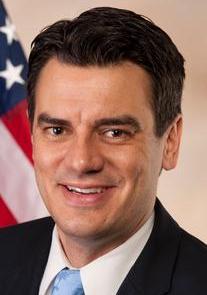 Johnson County leaders have sent a letter to U.S. Rep. Kevin Yoder, R-Kansas, demanding he act to prevent families seeking asylum from being separated at the border.

About 50 Republican and Democratic state lawmakers as well as city and county officials signed the letter to Yoder, who is the chairman of the Homeland Security Appropriations subcommittee.

The letter says the Department of Homeland Security is harming children by taking them from their parents.

“This problem of children being separated from their families is not anything that should be made into a partisan issue,” Rep. Linda Gallagher, R-Lenexa, said. “It’s a matter of human decency and the human rights of these families.”

Gallagher and Rep. Jarrod Ousley, D-Merriam, delivered the letter to the congressman’s Overland Park office Wednesday and spoke with a member of Yoder’s staff.

For his part, Yoder says he wants to find a solution to keep kids with their families.

“I don’t know the exact answer at this moment. What I do know is what’s happening right now, splitting these families, goes against our American values, it goes against who we are as a country,” Yoder said.

Gallagher and Ousley plan to deliver an addendum to the letter with signatures from additional lawmakers sometime next week.

“We’re not going to let it stop here,” Gallagher said. “We’ll keep a dialogue going with congressman Yoder’s office, and I know he’s working on it.”

One year ago Thursday, the national news media turned its attention to Olathe, Kansas, where Adam Purinton allegedly screamed racist taunts before shooting two Indian tech workers and another man who tried to defend them at Austin’s Bar and Grill.

One of the Indian men was killed, and the United States Department of Justice labeled it a hate crime.

The shooting sparked a discussion about xenophobia in the age of Trump, but it also drew attention to what some consider a broken visa system for high-tech workers.