Visit an old-fashioned speakeasy that’s particular about who gets in.

To get inside The Underground — a speakeasy-style bar located below Ellinwood's Historic Wolf Hotel — you first have to knock on an unassuming back door at the hotel.

"Password?" a voice asks from behind the door.
"I'm here to check out a book," I respond.

And just like that, I'm in, ready for my journey to The Underground through the famous tunnels that run underneath downtown Ellinwood.

Partners Kelli Penner and Chris McCord are the force behind the renovation of the pub, the hotel and several other projects in the area. Ellinwood is about two hours northwest of Wichita, near Great Bend.

McCord originally approached Penner with what he called a "crazy idea" — to buy the Wolf Hotel and return it to its former glory.

"So we toured it, and I was like, 'I'm all in,' " Penner recalled. "And before we knew it, we were at these conferences to bring old stuff back to life."

They originally intended to put the bar inside the hotel. But the more they researched, the more they learned about Ellinwood's tunnel system.

There was a second level underneath downtown that had businesses that catered mostly to men … bathhouses, barbershops — and bars.

"So we decided that it needs to be here, we need to bring it back," Penner said.

Once I gained entry through the unassuming backdoor, Penner and I followed the small sign directing us down a steep flight of stairs, through the hotel basement and into one of the tunnels.

"You're actually under the sidewalk now," Penner said.

Under the sidewalk … with the original stone and brick walls on the street side of the tunnel and old storefronts on the other — complete with glass display windows and merchandise visible inside.

Most of the tunnels were filled in during the 1980s when the town put in cement sidewalks. A former resident is responsible for what remains.

The tunnels are a bit rough to navigate, but that adds to the experience: wooden planks to walk on and dim lighting from glass sconces along the wall.

At the end of the tunnel, you take a right turn.

"Watch your step … welcome to The Underground," Penner said.

The door opens into a cozy room with a Victorian-era fireplace, warm lighting, tables and a beautifully polished bar, handmade to fit the space.

"We have Prohibition-era drinks," Penner said. "We like to cater to that era and … they're pretty stout if you like some stout drinks."

Well, in the name of thorough reporting…

"Sally is one of our signature drinks," the bartender explained. "It's vodka-based … and that's all I can tell you because Sally will not tell us the rest of the ingredients."

The hotel, and later the bar, were started with volunteer labor but now have four full-time employees.

Whatever the other ingredients were, The Sally was pretty good. The other patrons around me latched onto the "thorough reporting" idea and suggested I buy everyone a round. Nice try.

The Underground speakeasy is geared toward out-of-town visitors. People come from all over Kansas and surrounding states for the experience, Penner said.

"We have several guests that will come in '20s era costumes just to have fun," Penner said.

You can learn more about the tunnels, including how to arrange a tour, at historicwolfhotel.com. 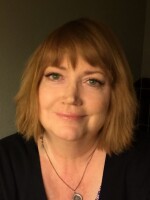