'United as one': Tumba Vacas celebrate local Hispanic and Latin culture at the ballpark

Wichita Wind Surge players will be sporting their Tumba Vacas uniforms for the last time this season on Saturday. They'll face the Pointy Boots de Amarillo about 6 p.m. at Riverfront Stadium.

Wichita Wind Surge players will be sporting their Tumba Vacas de Wichita uniforms for the last time this season on Saturday.

The three games featuring the Tumba Vacas de Wichita are part of the Copa de Diversión, an alternative series aimed at representing Hispanic and Latinx communities in baseball nationwide.

Alvin Garcia, promotion coordinator for the Wind Surge, says past games have brought many Hispanic and Latinx families to Riverfront Stadium, some for the first time.

“We’re just trying to create an environment where we can all be united as one,” he said.

The team’s name loosely translates to “cow tippers” and is a nod to the history of agriculture in Wichita.

Garcia says there weren’t enough connections between sports and Hispanic fans. He was surprised with how engaged the Wichita community was when the team was first announced.

“The fans appreciated making the bridges and showing the culture and learning from the culture on either side,” Garcia said.

The game on Saturday will include different food options for fans, activities and traditional folklorico and reggaeton performances.

Garcia said the Wind Surge has seen the value in supporting the alternative team and plans to bring the Tumba Vacas de Wichita back next season.

“We really enjoyed what we created here with the community leaders and we want to continue it as much as we can and make it better for next year,” Garcia said.

He also said having a baseball team represent the community of many Wind Surge fans is important.

“We’re basically opening doors to educate people that baseball is not just a United States sport,” Garcia said. “It is open to everybody.”

The Tumba Vacas de Wichita is facing the Pointy Boots de Amarillo on Saturday with the first pitch scheduled at 6:05 p.m.

More information can be found at milb.com/wichita. 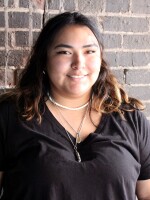 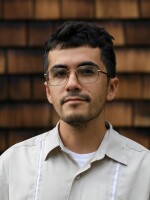