Get out the popcorn as Global Village kicks off the June Caribbean American Heritage Month feature with ska and reggae at the movies. We’ll highlight movie and TV show themes done ska style along with music from reggae movies, including the classic The Harder They Come, Rockers and Countryman. Among the artists featured are the Skatalites, Jimmy Cliff, Sly & Robbie, Bob Marley & the Wailers, and Madness.

Since 1972, the United Nations has declared June 5th to be World Environment Day to support environmental efforts around the globe. Global Village marks the occasion with a wide array of songs about the environment from such artists as Jimmy Cliff, 9Bach, Adrian Belew, Randy Newman, the Maria Schneider Orchestra, Bruce Cockburn and more.

Global Village marks birthdays of Jamaican born pianist Monty Alexander and guitarist Grant Green. We also pay tribute to Kasse Mady Diabate, one of the great singers of Mali who passed away recently, with music he did under his own name and from the classic Kulanjan album with Taj Mahal and Toumani Diabate. Plus new music from Tuareg/desert blues guitarist Bombino, and from the latest Playing for Change release.

It’s World Oceans Day – an effort started by the Oceans Project in 2002 and recognized as an annual event by the United Nations since 2008 – to draw attention to the importance of healthy, sustainable oceans. Global Village marks the occasion with songs about the seas from Frankie Ford, the Marvelettes, Quartet San Francisco, Dee Dee Bridgewater, John Abercrombie with Ralph Towner, Elvis Costello, Colm Mac Con Iomaire, Vishten, Lucky Oceans and more. 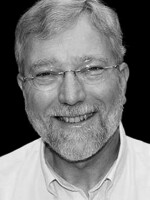