Hundreds flock to Andover to help clean up after tornado

Hopeful volunteers filled Andover United Methodist Church on Tuesday to help clean up after a tornado shook the town over the weekend.

Organizers estimate more than 500 people signed up to volunteer. Some volunteered on behalf of groups like churches or McConnell Air Force Base, while others showed up to help on their own accord.

Rev. Hollie Tapley is a disaster response coordinator for the Great Plains United Methodist Conference. She came into town from Topeka over the weekend to help organize the volunteer efforts.

“You know, we’re working around weather this week, which is not helping at all,” she said. “So today is really the first time that we could even get volunteers out.”

Much of Tuesday’s work was focused at Andover Central Park, where debris from damaged trees and buildings was spread about. Large swaths of trees were completely destroyed, and some of the city buildings located at the park sustained damage.

Other volunteers were sent into neighborhoods to help residents whose homes were damaged or destroyed. Officials estimate that more than 1,000 buildings were damaged, with at least 300 or 400 destroyed.

Among those buildings was the Andover YMCA, which could be seen in photos with cars smashed into its forefront. Some residents had to take cover in the building during the storm.

Michelle Guenthner, an Andover resident who was volunteering on Tuesday, described the facility as a hub for health, recreation and learning in the community.

“It helps so many people here,” she said. “I anticipate it’s going to take a while for things to get back to normal, and it’s always sad when something like that affects everybody.”

Guenthner and her husband, Jeremy, have lived in Andover for 13 years.

Their home was fortunately not damaged on Friday, but they said they felt motivated to volunteer after seeing what the storm had done in other parts of the city.

“Just to see everybody willing to help, willing to wait, willing to do whatever – I mean, it’s amazing when people come together,” Guenthner said.

Andover was hit by another devastating tornado in 1991. It killed 17 people and was designated an EF-5 on the Enhanced Fujita Scale, the highest rating on the scale — which is used to measure tornado intensity.

Keri Korthals is a director for the department. She said a number of factors, including technology and preparation, helped to prevent the high number of casualties and injuries seen in 1991.

“People were incredibly aware that we had a potentially hazardous situation developing, even before the storms came out,” she said.

“I really have to credit the National Weather Service. Their lead-up information to this storm was incredible.”

The National Weather Service classified Friday’s tornado as an EF-3 with winds up to 165 miles per hour. The NWS said the tornado was on the ground for nearly 13 miles between 8:10 and 8:31 p.m. Friday.

Despite the tornados’ widespread damage, officials reported only a handful of injuries, most of them minor.

Tapley said work will be put on pause on Wednesday and potentially Thursday due to anticipated rain. Organizers will push out information to keep volunteers updated on the latest developments.

Those affected by the tornado can visit the Andover Community Center, 1008 E. 13th St. in Andover. United Way of the Plains is available to assist residents who have had a potential financial loss.

There are also resources available that residents might need, such as water, snacks, supplies, and more.

United Way is also collecting cash donations for those impacted by the tornado. 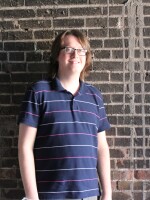