Cero's Candies has moved to a new location at 3429 E. Douglas.

Wednesday's ribbon-cutting ceremony began with a proclamation read by Mayor Carl Brewer that explained the history of Cero's Candies and its ties to Wichita. He then declared August 2013 Cero's Candies Month and encouraged the dozens of people in attendance to support local businesses like Cero's.

After a few words, everybody rushed inside to get a new look at the place.

"I didn't expect this many people to show up," said Pam Bishop, co-owner.

As reported by Kansas.com, the new building will help keep their candy cool and away from the harsh winter sun that had been a looming menace at their old building on the north side of Douglas near Old Town

It's small and quaint, but it still has that Cero's charm. The chocolate in its many flavors is sold at the front end of the store. Lollipops and other treats are in smaller stations on the right and left sides.

There is a glass window at the end of the wall where you can still watch candy being made. Along with all the confections, ice cream is being served in a variety of flavors.

With the new store in place, the family hopes to be able to successfully establish themselves in their new part of town. 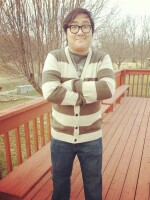