New Englanders are fighting back against demonstrations by neo-Nazis

When neo-Nazis demonstrated in the Massachusetts town of Danvers, dozens of residents pushed back to defend their Jewish neighbors. It's just one example of grassroots organizing against right-wing extremism in New England. Phillip Martin of member station GBH in Boston has the story.

DEBBIE COLTIN: We decided to take back the bridge and not let the neo-Nazis have the final word.

MARTIN: Coltin is executive director of the Lappin Foundation, which helped organize the Take Back the Bridge protest.

COLTIN: And if we didn't take action, the hateful message would have been normalized and gone unchallenged.

UNIDENTIFIED PERSON #1: ...Go ahead and get started.

MARTIN: Similar pushback is happening across the region. Last month, residents of Franklin, N.H., organized to scrub Nazi graffiti from a wall in that city. Months earlier, two dozen locals crowded into Franklin City Hall to demand that officials take an aggressive stance against growing white supremacist activity. Most showed up specifically to support local businesswoman Miriam Kovacs, who has been in the crosshairs on social media of NSC-131, a neo-Nazi group.

MIRIAM KOVACS: I was listed as being antifa, and it was noted that people should negatively review my account on Google to try to damage my business.

MARTIN: Kovacs, who is of Jewish and Asian descent, runs a catering company, and in her brightly colored front window, a sign reads, You are loved, superimposed over the American flag. One negative reviewer of her business identified himself as Rudolf Hess, a reference to Hitler's loyal deputy. Other negative reviews followed.

KOVACS: They left a lot of Holocaust references. Some were as bold as to leave a picture of the train tracks to Auschwitz.

MARTIN: Franklin Police Officer Mark Faro, a friend of Kovacs', said he worries about her in this atmosphere of growing antisemitism.

MARK FARO: With Miriam taking, you know, a stand and being vocal and being out there about it, it's pretty much just putting big targets on the windows to say, here I am. This is the place you hate.

MARTIN: Over the summer, NSC-131 protested outside a shop in Kittery, Maine, holding signs reading, Keep New England White. That was the last straw for Dresden Lewis, who runs a bakery near Portsmouth, N.H.

DRESDEN LEWIS: I was reading in the local paper that there had been an NSC demonstration in front of the Kittery trading post, and I thought to myself, well, that sucks.

MARTIN: So Lewis called for a counterprotest in Kittery.

LEWIS: And I suggested to my followers, you know, next weekend, same time, same place, do you want to meet up and reclaim this space and show that, no, we're not going to keep New England white? New England was never white. And this doesn't work for me, and it shouldn't work for you.

MARTIN: Dozens of mainly white families showed up in Kittery to join the protest against right-wing extremists who have set their sights on Blacks, Jews, Muslims, new immigrants and LGBTQ communities.

PATRICK BURR: My name is Patrick Burr out of drag and Patty Bourree in drag.

MARTIN: Burr is often the target of right-wing protests when performing in drag story hours for kids, as he was recently in Boston when neo-Nazis showed up. But an even greater number of supporters arrived. Burr and other LGBTQ activists say they are working with anti-fascists as a counterweight to neo-Nazis.

BURR: I know I can message so-and-so, and they'll phone tree so that we can have our own community be present, because that's what I feel like I need to be safe.

MARTIN: Back in Franklin, nearly a dozen people lined up at a mic at the council meeting to give their take on growing extremism.

UNIDENTIFIED PERSON #3: What we do now counts not only for us here in this room, but also the students.

UNIDENTIFIED PERSON #4: Not taking action is the same as supporting that kind of hate.

MARTIN: At the end of the meeting, officials agreed to pass a resolution like one approved by nearby Dover, N.H., condemning white nationalism. Miriam Kovacs says these actions are a good start, but more needs to be done. She worries that far too many people are not taking the threat posed by hate groups seriously enough. The specter of the January 6 right-wing insurrection in the nation's capital still hovers in her mind.

KOVACS: We've seen what can happen. You know, not wanting it to happen isn't enough to keep it from happening, but ignoring it isn't going to make it better.

MARTIN: Since that meeting, other Northeast municipalities, including Laconia, N.H., and Salem, Mass., have taken stands against groups like NSC-131, Patriot Front, Oath Keepers and other purveyors of hate. 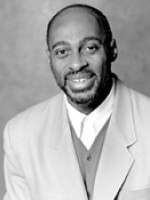 Phillip Martin
Phillip is the supervising senior editor for News & Notes with Ed Gordon. He also is executive producer of Lifted Veils Productions, Inc., a nonprofit journalism organization dedicated to exploring and investigating issues that divide society. He is former race relations correspondent for NPR. As such, he reported on the many ways that race intersects other social, political, and economic concerns. Phillip has contributed reports to the BBC, CBC radio and television, the VOA, On the Media, The World, Marketplace, and other outlets. He has written articles and essays on race, history, and film for The New York Times, Los Angeles Times, Washington Post, Boston Globe, Christian Science Monitor, and other publications.