A gift from the estate of Wichitan Richard "Dick" Smith will provide full scholarships to students at each school.

Wichita State University and the University of Kansas will receive $11 million in scholarship funds from the estate of the late Richard “Dick” Smith.

The gift was announced Wednesday during a ceremony at WSU’s Marcus Welcome Center. The schools will each receive $5.5 million to provide full scholarships to students.

Smith received his bachelor’s degree in geology in 1954 from KU. In 1964, he founded Range Oil Co. in Wichita.

Smith was a longtime Wichita resident and active with several civic and charitable groups. He died in January 2021.

“Dick believed a college education could have an incomparable impact on the direction a child's life could take,” Langel said. “His family and friends join in celebrating the opportunities his scholarships will create for thousands of young … students.”

“While it's a rare and precious opportunity for Wichita State and KU jointly to receive a gift as sizable as Mr. Smith’s, it's Kansas families who will benefit ultimately from Dick’s generosity,” Muma said. 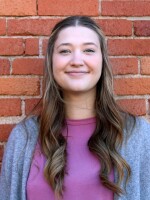 Maddie Smith
Maddie Smith is an intern in the KMUW newsroom. She is a senior at Wichita State University getting a degree in mass communications with an emphasis in journalism and a minor in political science.
See stories by Maddie Smith