The U.S. House voted down an immigration bill Thursday that would have addressed one of the biggest concerns of American farmers: updating the agriculture guestworker visa program known as H-2A.

“Without this agriculture guestworker visa, our economy in Kansas will come crumbling down,” said Rep. Roger Marshall, a Republican from Kansas. “It’s very, very important,”

Created in 1952, the seasonal worker program is intended to help farmers facing local labor shortages. In 2017, more than 200,000 guestworkers, mostly from Mexico, came to the U.S. on an H-2A visas — a nearly 15 percent increase from the previous year, according to the U.S. Department of Labor.

The conservative immigration bill, which was defeated 231-193, would have allowed visa-holders to work year-round and in a wider number of industries, including dairy and meatpacking.

While the visa changes had support from some Republicans and the American Farm Bureau federation, many farmworker groups opposed them because of verification requirements and a cap on visas at 450,000 per year. The U.S. Department of Agriculture estimates there are 2.5 million agricultural workers in the U.S.

“There’s never been a cap on H-2A and … it’s not fair to the (agriculture) producer,” said Colorado vegetable farmer David Petrocco.

Petrucco first hired guestworkers in 2008. Since then, he said, local labor shortages have grown more severe and he’s had to increase the number of guestworkers on his farm. He said access to labor is vital to farmers who risk losing crops when there aren’t enough workers to harvest them.

But the visa changes may not dead. Marshall said he hopes another bill that addresses the guestworker visa will be introduced next month.

Thursday’s vote on the conservative bil; led to a delay on the so-called compromise immigration legislation, which is now scheduled for a House vote Friday.

Ben Kuebrich is a Kansas News Service reporter based at High Plains Public Radio in Garden City, Kansas. Follow him on Twitter: @Ben_Kuebrich

Esther Honig is a Harvest Public Media reporter based at KUNC in Greeley, Colorado. Follow her on Twitter: @estherhonig 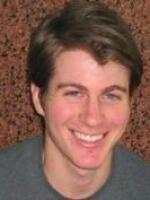 Ben Kuebrich
Ben grew up in the suburbs of Washington DC and moved to Garden City to work for HPPR.

Esther Honig
As a reporter for Harvest Public Media, I travel throughout northern Colorado, and parts of Wyoming and Nebraska to cover agriculture and rural issues.
See stories by Esther Honig